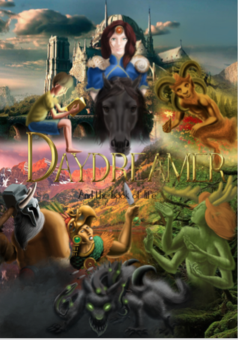 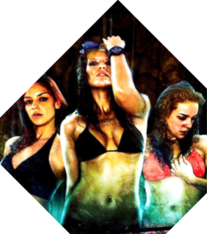 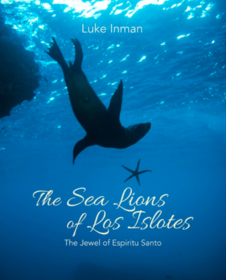 The Eternal Silence: Produced feature length film based on a true story.
¨The only way to make her justice is telling her story¨
A collaboration between filmmakers from Mexico, the entire production was shot In a magical town called Tepoztlan. The release date is in February 2017 for the Latin market.

​The Prism: The production will take place in south-east China and Vietnam, making use of the ancient civilisations , natural countryside, natural wells, waterfalls and underwater caves.
The project offers a strong platform with which to launch three women as heroines.
How far will you go to get where no one has ever been?
The story unfolds in a land of mysticism within different environments; a town city, an underwater cave, the jungle, the open sea, and ancient cities where a dark force lives…The characters will face dangerous situations as they walk through different traps set by nature, humans and wondering spirits.
They will face creatures, both kind and cruel...  The close encounter with death will reveal our character’s true self and their instinct to survive.

Day Dreamer and the Book of Life:
Day Dreamer is a modern-day tale with a magical twist. The production will take place in Ukraine and Spain. In order to illustrate an alternate reality and rich mythology described in the world of Day Dreamer, we will infuse this high impact production with digitally enhanced locations. Some of these locations will benefit from digital set extensions through green screens on location while others will depend entirely on practical effects and controlled set environments.

Tagline: Imagination Will Set You Free.

Log Line: A story between worlds begins as a simple tale of three brother's destiny.

Goals: to capture the importance of human kind´s relationship with the environment and the wild animal with which we share this planet. Follow the 12-month cycle of the sea lion colony, film in 4K. Using a production team with unique insights into capturing the behaviour and distinct seasonal interactions of these animals.